VIDEO: Heartbreaking Video of Elderly Woman Being Bullied by Students 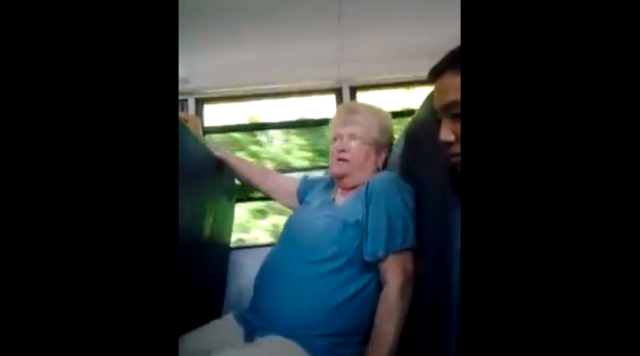 How unfortunate that I came across this video the same day I saw pictures that gave me faith in humanity. In the video below, school bus monitor Karen Huff Klein is seen taking verbal abuse from students riding the bus. The language used is horrible, and is hard to hear, especially when thinking about the recipient of such harsh words.

In the disturbing video, the children can be heard yelling at Klein, calling her an “ugly fat ass” and telling the widow, “you don’t have a family because they all killed themselves because they don’t want to be near you.”

While the situation on the bus is unfortunate, some good has come out of it. Viewers immediately reached out to support Klein, giving her kinder words than she received on the bus, and even starting a fundraiser to help pay for a vacation! It looks like things will be getting brighter for her in no time!

If you’d like to watch the video, you will find it below. Please keep in mind that it is offensive and explicit language is heard throughout the footage.

One thought on “VIDEO: Heartbreaking Video of Elderly Woman Being Bullied by Students”