Strange Casting Choices for ‘Divergent’ and ‘The Fault in Our Stars’

I was pretty excited for the adaptations of Divergent and The Fault in Our Stars, and I still am, but some casting choices seem a little strange to me. And by a little, I mean a lottle. We already know that Shailene Woodley is pretty much killing the YA movie scene and landing ALL THE ROLES, since she got the role of Tris in Divergent, and Hazel in TFIOS.

In a past post, five actors were said to be testing for the role of Augustus, including Ansel Elgort, who plays Caleb in Divergent…a.k.a. the brother of Tris. I myself was a fan of Brenton Thwaites for Augustus, so I guess you could consider me shocked when I found out Elgort got the role.

Let’s think about that for a second. 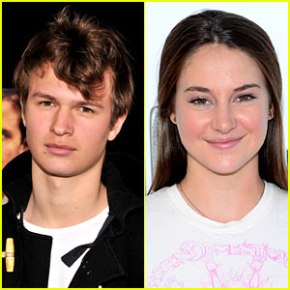 The Fault in Our Stars – Lovers

I mean…the people in charge of this decision HAD to think of this and how weird it would be. Right? RIGHT?!