Which Spice Girl Might Prevent a Documentary From Happening? 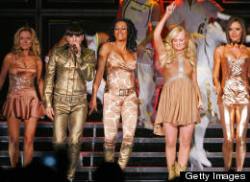 Word on the street is that the Spice Girls could be coming out with a documentary soon. The Huffington Post gives details on what the documentary would be about.

Unlike the abysmal “Spice World – The Movie”, the film intends to be a warts and all look at the Spice Girls rise to fame.

Interviews with each Spice Girl would also be a part of the documentary.

Of course, there’s one major caveat to the deal. It all hinges on whether Victoria Beckham, the fashion designer formally known as Posh Spice, wants to play ball.

And yes, you read that last part correctly. Victoria Beckham, also known as Posh Spice, is the only one who hasn’t approved this documentary. Apparently, she tried to prevent a documentary from airing on TV in the past. As a fan of the Spice Girls, I hope this documentary becomes a reality!

Would you watch this documentary?