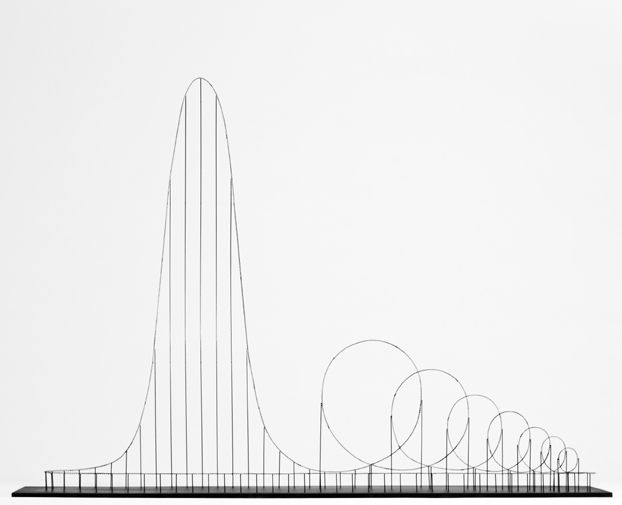 I’ve always laughed at people afraid of roller coasters, because I personally LOVE them. But for the Euthanasia Coaster, I’d say their fear is understandable.

The Euthanasia Coaster reaches a height of 1600 feet, followed by a steep plummet all the way down, and then seven consecutive loops. Passengers will be spinning upside-down while travelling at a speed of 223 miles per hour. The gravitational force put on the passengers by this ride is 10 Gs, enough to kill a person. Essentially, the blood in a person’s body will be forced away from the head, cutting off the brain’s supply to oxygen, resulting in death.

Apparently the idea behind the coaster is it lets people have fun right before they die. I don’t know how much sense that makes though. Some of the more intense roller coasters I’ve been on make me feel really uncomfortable with all those g forces. If I had to choose to have fun before my inevitable death, I think I’d rather die by skydiving without a parachute!

What do you think of this coaster? If you knew you were going to die, would you ride it?